How AI is Driving Change 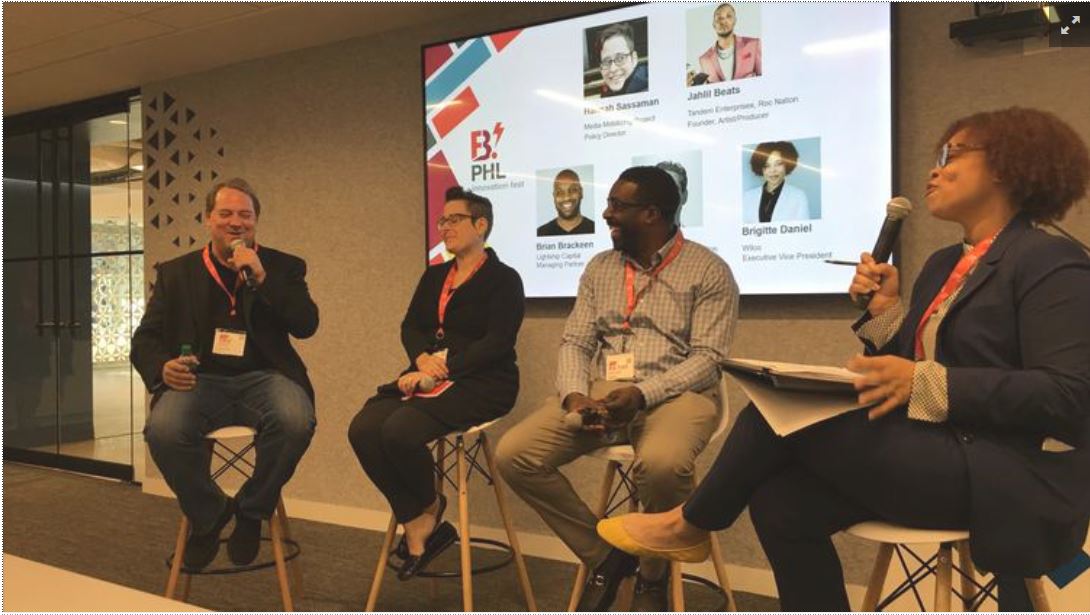 A STARTUP AND A GRAMMY-WINNING PRODUCER ARE USING “SMART CITY” TECHNOLOGY TO PREVENT CRIME IN CHESTER.

From artificial intelligence to advanced sensors, technology developments that power the creation of “smart cities” aren’t slowing down. If city stakeholders want to prevent that tech from fueling inequality and distrust in their communities, however, they need to proceed with caution. That was the message woven throughout a panel discussion on how AI effects the growth of smart cities, held as part of last week’s three-day B.PHL Innovation Fest.

A project unfolding in Chester, designed to use AI to protect public safety in the city, provides a prime example of how to do it right.

The project relies on technology developed by Kognition, which has built an enterprise software platform capable of analyzing data from video feeds and other sources like locks and light fixtures and taking action when a threat is detected, such as locking down doors if it detects a person approaching a school with a gun.

Tandem has invested in properties throughout Chester to fuel revitalization and is coordinating the project with sponsoring the implementation of Kognition’s technology in the city, starting with a “command center” expected to be operational by the end of the year.

Key to the project will be a command center owned by Tandem and be staffed by members of the Chester community, said Rah-Tah Johnson, a Tandem partner, during the panel.

“That’s what it’s about, the community has to police the community, Johnson said. “The police are there to assist us as a community.”

Combining artificial intelligence and surveillance cameras can drive suspicion and fear in a community, but having a clear system in place that empowers community members and includes third party oversight can prevent that, said Hannah Sassaman, policy director for the Media Mobilization Project. She also sat on the panel, which was moderated by Wilco Electronic Systems Executive Vice President Brigitte Daniel.

“Communities have to have independent analysis and structural power, so if a Kognition camera or a risk assessment algorithm [used in criminal courts] is causing harm by the way it’s actually being deployed – our communities have power through a community center, like what’s being described.”

Eric Smith, CFO of Kognition, said the company just procured the equipment for the control center and expects installation to be complete in December. It won’t include controversial facial recognition technology, which is spurring privacy and civil rights concerns in cities across the country.

Sassaman said from what she’s heard, the project is unique in how it’s taken community involvement and input seriously from the start, and she hopes to see more follow in its path.

“I’m hopeful models like this, where the community has control over a lot their supervision, we can start to go a different way, she said.